When I think about my own adolescence, it involved confusion about my role in society, as my body changed and developed and this impacted on my external relationships. I was moving from childhood to becoming a sexual adult and felt a lot of family tension as I challenged my parents, whose guidance I no longer wanted. Our parents do give us sexual messages, even if they are not directly spoken, by the way they experience their own bodies and how they relate to each other.

The work I do now with clients often draws on going back to their adolescence, when they felt they did not fit in. In retrospect I can see that if you did not bond with your same sex at this time, it becomes very difficult to move into having good relationships with the opposite sex. This is true even if you are a lesbian or a gay man, because an inability to bond with the same sex will mean you can have difficulty bonding with them in an adult emotional relationship. For us to heal issues around adolescence we need to be open to exploring friendships with the same sex and the opposite sex which will nurture us.

Many deep sexual wounds are first experienced at adolescence, often because we looking for love through sex. These are based on not having clear boundaries of how we should be treated and how we should treat others. Without a good primary emotional experience we will feel a sense of separateness and isolation in an intimate partnership. Intimacy is an intrinsic part of forming a good sexual relationship as well as trust and communication.

At adolescence we draw on the foundation we have experienced in childhood and so our childhood messages become even more significant at this time because we are trying to form intimacy or love as a young adult. My adolescent peer group provided my sexual information, which more often than not was incorrect, unhelpful and raised more questions than it answered. There was a lot of negative comparison and competition amongst us over appearance, body size and our success (or lack of success) with boys.

For most people who come to me, their first sexual experiences were normally not what they had expected. They were full of pain, trauma and misunderstanding rather than the idealised romantic view that the media and the movies portray. We often believe that we should innately know how to have a fulfilling sexual experience, but this is rarely true for anyone. Men usually expect their first sexual relationship to be raunchy, adventurous and conquering, but if it is in fact about premature ejaculation or impotency this can give them a high level of anxiety around sex. When young women fantasize that sex will lead to love evermore they are often disappointed to find sex a disconnecting and isolating experience. When I look back on the way I was taught about sex at school and am sad little that little has changed. There are some ground breakers who are implementing a new system and they must be supported.

“Girls in 1990s have just as many hang-ups about menstruation and masturbation as their counterparts in the 1960s and 1970s did. While there has been a shift toward more sexual liberation since the 1960s, there is still the same issue of shame and pressure around body images. These children¼s parents feel that they are more open than their parents were but this openness does not seem to have been passed on to their children. Kids look primarily to the media for information. This becomes obvious when you teach in a class room and you realize how little the children know. Often they have a little bit of knowledge, but areas such as fertility, sexual safety, relationship issues and personal assertiveness are frequently used out of context.

“We have not been taught how to address sexuality in the class room, people fear that it will be confrontational, so they want to avoid it. Often what is taught is left up to the head teacher and as there is no curriculum to refer to their own personal beliefs strongly influence what is able to be taught. I believe sex education should be taught on a continual basis, not just left to the final years of school when it is too late to start introducing the topic of sexuality.

“My teaching starts with six year olds and the basic question: where do babies come from? Information is given slowly, correct anatomical terms are introduced and emotional understanding is given. I play games with the children where we use cards to work out what is appropriate and inappropriate behaviour based on their response to the questions on the cards. Questions include: ‘What would you do if someone touched your genitals?’ or ‘Can you get pregnant through kissing?’. My 12 year old students are doing projects on safe sex, puberty, contraception and fertility. This will help them deal with the traditional teenage pressures about sexuality, drugs, relationships, gay issues and sex-role stereotyping. We cannot deny that children are sexually active much earlier than most of us imagine, so it is essential that the information be given to them right throughout their schooling.

“I have noticed that by 10 to 12 years many children have developed the attitude that their genitals are somehow ‘wrong’. They also often have negative attitudes toward menstruation which is seen as ‘dirty’. Often I have dealt with these same children when they were younger and noticed that they were then more relaxed about their body and would admit to playing sexual games including doctors and nurses. Twelve-year-old girls often do not know that women masturbate, as there is nothing in our culture which gives females a self-pleasuring image of their body. They also receive many messages which say that to touch themselves is a big ‘no, no’. The courses I have set up in schools provide a ground work of education and guidance which is desperately needed.” 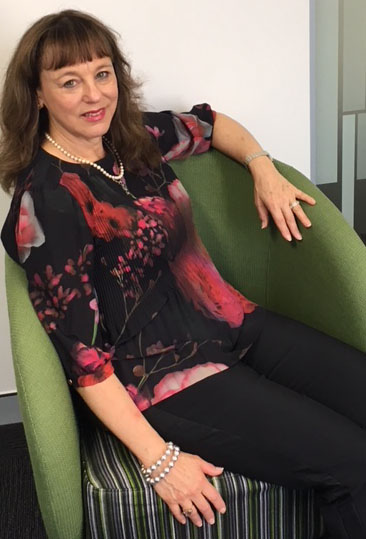